Here to Help You Rebuild Your Life 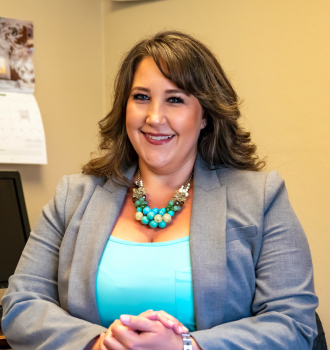 Jacqueline D. Serrao joined the Leibowitz Law Group as a law clerk in 2008 and remained with the firm as an attorney when she was admitted to the California Bar in 2009. Upon, the retirement of the firm’s founder, Gary Leibowitz, in 2018, Ms. Serrao proudly took over the practice. Ms. Serrao considers Mr. Leibowitz not only a mentor, but a close friend.

During her time in practice, Ms. Serrao has represented both debtors and creditors in business and personal bankruptcy proceedings including adversary matters. She has also successfully represented clients in various types of personal injury matters. After more than ten years in practice, Ms. Serrao has chosen to dedicate her practice to Chapter 7 & 13 bankruptcy. She takes a personal and compassionate approach with her clients in order to evaluate each individual situation. Ms. Serrao, whose undergraduate degree is in Spanish Language, Culture, and Society, is fluent in speaking, reading and writing Spanish.

Ms. Serrao is originally from New Jersey and celebrates her East Coast roots. However, after living all of her adult life in Southern California, she considers the Golden State her home. In her spare time, Ms. Serrao enjoys baking, cake decorating, and playing softball with her husband and friends.